The vibrant autumn leaves surrounding the samurai houses stand out against the black wooden walls, creating a uniquely-Japanese atmosphere. The area is yearly lit up at night from early October until mid-November. 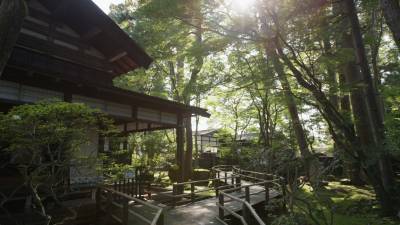 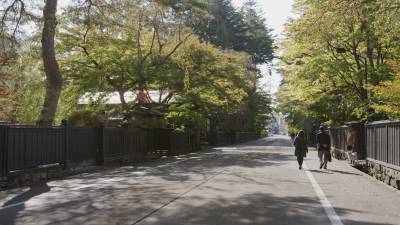 Sakura trees are planted along the levee spanning for approximately 2 kilometers, resulting in a beautiful pink-colored tunnel. The tunnel is lit up at night, resulting in an awe-inspiring scenery reflected on the river's surface. Best time to view: From mid-April to early May 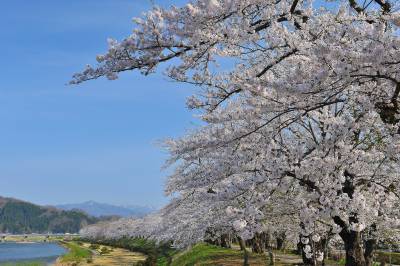 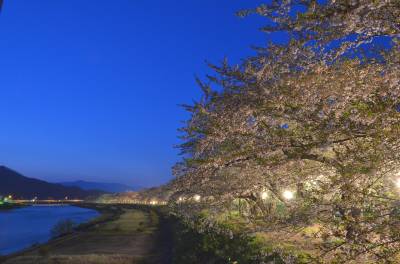 An almost circular lake with a circumference of approximately 20 km, Lake Tazawa is Japan’s deepest lake with a depth of 423.4 m. The azure blue color of the surface gives it a mystic atmosphere. 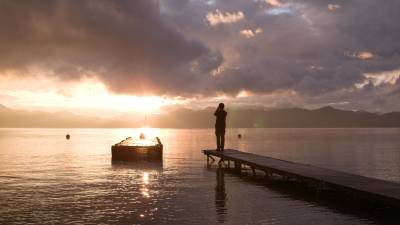 The hot spring resort is a popular spot for both well-known and secret hot springs. There are seven hot spring baths dotted near the foot of Mt. Nyuto, each with its own water source. Enjoy going round all seven baths. 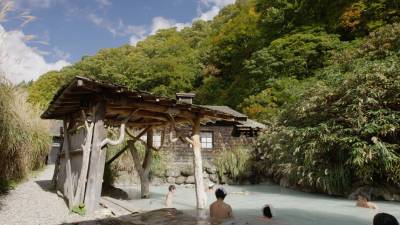 Mt. Kanpu is a 355-m-high, approximately 20,000-year-old stratovolcano. Roads conditions are good so the area is well suited for driving. There is a revolving observatory at the top. 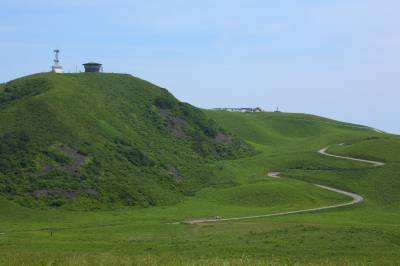 An interesting rock formation found within "Shiosezaki" that has a profile that looks very similar to the monster called "Godzilla". Once the sun sets, the red sky highlights the profile of the rock formation and the light makes an illusion that "Godzilla is breathing fire" 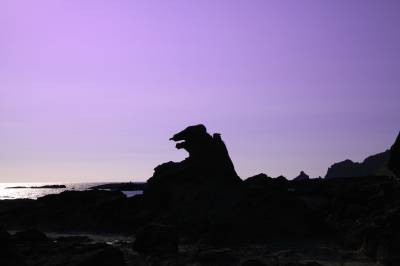 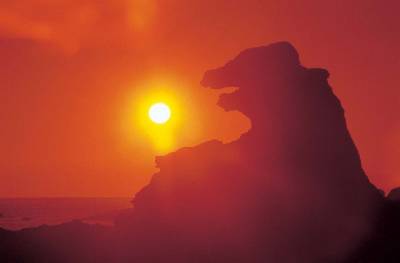 As well as displays of Namahage masks, costumes, and valuable documents from Oga’s traditional event, you can also watch a video about the Namahage tradition and the people who pass it down from generation to generation. 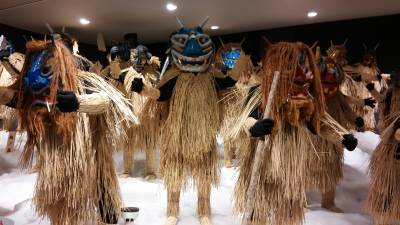 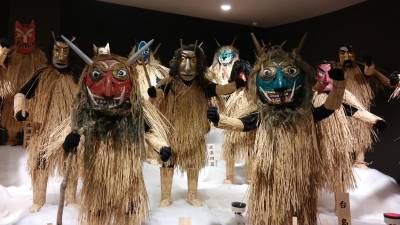 The yellow colors that spans for 11 kilometers along the roadside compliments the contrast of the Sakura and black Pine trees. Ogata village has a wide flowerbed which becomes crowded during early May, when the flowers are in full bloom. Best time to view: From late April to early May 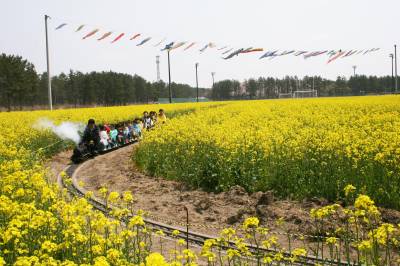 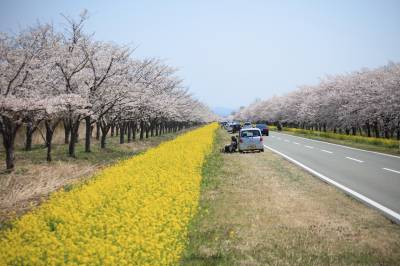